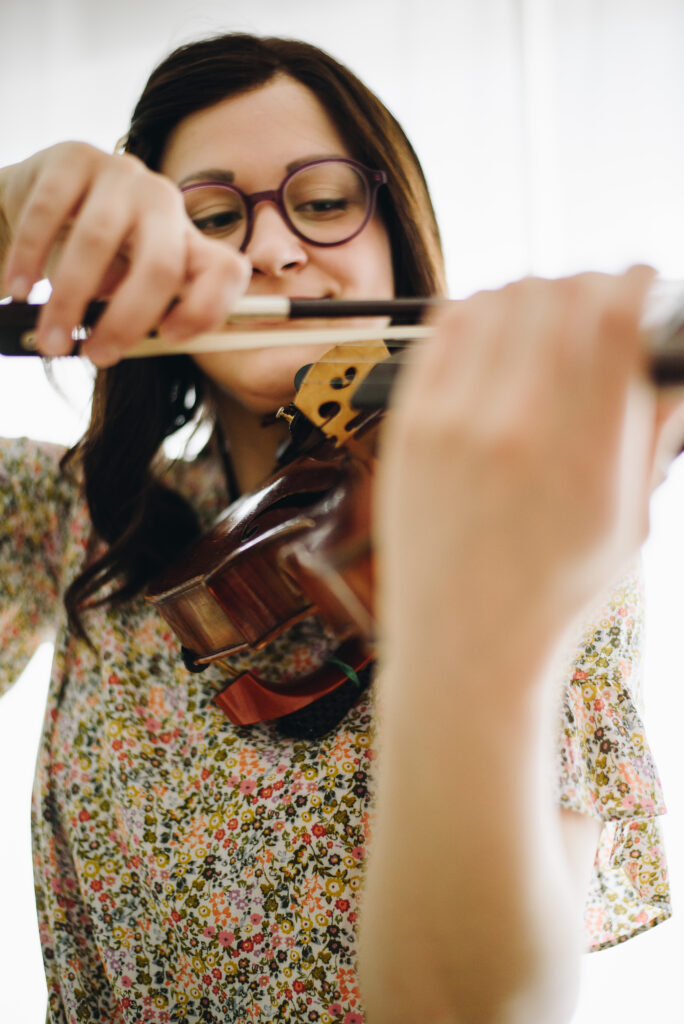 Madison Moline of Conway, Arkansas, began playing viola at age 12 in her public school orchestra. At 15, she began studying privately with Ryan Mooney. Just a few years later, she performed in Carnegie Hall and toured seven cities in China as one of the fourteen violists in the National Youth Orchestra of the USA.

During her time at Brigham Young University on full music scholarship, Madison studied with Dr. Claudine Bigelow. She was principal of both the BYU Philharmonic Orchestra and the BYU Chamber Orchestra, where she toured the Philippines (2017), and China (2019). With these orchestras, Madison has performed with Itzhak Perlman, recorded a television special with Amy Grant and Jordan Smith, as well as a television special and CD The Story of My Life with Broadway star Lea Solonga.

Madison’s most notable performances include performing Bartok’s Viola Concerto with the BYU Philharmonic, the Western USA premiere of David Liptak’s Ballast with Dr. Brian Mathias, and playing Viola Spaces and other arrangements alongside the composer Dr. Garth Knox at both the Primrose Memorial Concert in Provo, Utah, and at the Trio Salzedo Festival in Avallon, France.

In addition to her performing, Madison is an enthusiastic and successful educator. She is the full time orchestra teacher at Spanish Fork Junior High and Spanish Fork High school, and there teaches over 200 students every day. With her private students, she has had students place in top seats in All-Region, All-State, and win school concerto competitions. She cares deeply about learning the most efficient and engaging ways to teach all musical concepts to the young and the young at heart. Madison was president of BYU’s collegiate chapter of The National Association of Music Educators from 2018-19, has studied education and string pedagogy at BYU, was Dr. Bigelow’s teaching assistant at BYU, and has been teaching students of all ages privately for over eight years.